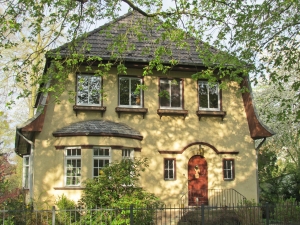 Bolstered by the recent verdict in United States v. Eitan Maximov in the United States District Court, District of Arizona, the FBI’s Arizona Mortgage Fraud Task Force continues to crackdown on perpetrators of mortgage fraud in the Phoenix area.

Eitan Maximov was sentenced to eight and half years in federal prison after a jury found him guilty of one count of wire fraud and one count of conspiracy to commit wire fraud. Maximov, with the help of several conspirators, had implemented a “cash back” mortgage scheme involving ten residential properties in the Scottsdale area. This type of fraud requires filing false documents with lenders in order to establish legitimacy and qualifications for otherwise unqualified “straw buyers”. Loans are secured in excess of the selling price of properties to be purchased by such “straw buyers” and the excess funds are taken by the conspirators through escrow. Additional monies are then extracted from the properties through the use of home equity lines of credit. The properties are subsequently allowed to fall into foreclosure.

In the Maximov case, most of the fraudulently obtained loans exceeded a million dollars and the Court determined that the conspiracy resulted in actual and intended losses to the lending institutions which approached $6.5 million. Maximov had no legitimate source of income and spent his ill-gotten gains on lavish luxury items.

When Maximov’s primary residence was allowed to fall into foreclosure, he stripped the property of all assets and attempted to repurchase it under an assumed name at a substantially reduced price. Failing to reacquire the property, Maximov settled for a lease to buy option on a luxury condominium at Esplanade Place. This condo carried a monthly rent of $5,000.00 and a purchase price of $1.4 million dollars.

Maximov also spent extravagantly on international trips to Thailand, Turkey, Israel, and Mexico. The necessary funds to support this lifestyle all came from credit cards, home equity lines of credit, loans from family members and friends, and monies Mr. Maximov procured through this mortgage fraud scheme.

In its quest to deter this type of crime, the US Attorney’s office sought a 14 year sentence for Eitan Maximov. The prosecution stressed the need to send a strong message that, even though this type of crime can be lucrative, it carries extremely harsh penalties. In response to the defense’s attempts to reduce the sentence, the prosecution emphasized Mr. Maximov’s deliberateness of action, his limited job skills, and his failure to take an active role in the lives of his children. Despite the fact that the State did not receive the sentence it asked for, eight and half years is a substantial victory for investigators.

This ongoing investigation into mortgage fraud is sure to yield not only more perpetrators of fraud in the Phoenix area but also more victims. Anyone who has questions regarding mortgage or real estate fraud or what recourse is available to those who have fallen victim to it should contact an experienced attorney for more information.

If you have a legal question, contact us. We can help.